Manukau Concert Band is a community band with a membership of 40 to 45 musicians. The members come from all over Auckland.

We are very involved in the Manukau community, playing at ANZAC Day Services and regular formal concerts throughout the year. Concerts may include visiting groups, other community ensembles and special guests.

We are a committed group that rehearses weekly at Howick Presbyterian Church. The band’s philosophy is to provide an organisation whereby musicians can come together with a common goal of making and enjoying music at a high level, and providing music for the community. The ensemble is directed by Tom Chester.

We are a non-profit organisation, supported by the Council and other local funding.

The band has been a consistent recipient of Gold awards at the annual National Concert Bands Festival where it has been a regular participant since 1988. In 2008, MCB won more Gold awards than any other band and earned the prestigious adjudicator’s prize, The Robert Lutt Trophy, for its performance of Dancing at Stonehenge by Anthony Suter.

More recently the band has been awarded the Robert Lutt Trophy a further two times in 2013 and 2014 respectively.  The 2014 award was for the performance of “Train a Grande Vitesse”.

The band has continue to perform at a high level consistently receiving gold awards for band, ensemble and solo performances.  In 2016, Manukau Concert Band was the inaugural winner of the The Royal New Zealand Navy Band Award for Band Competition. 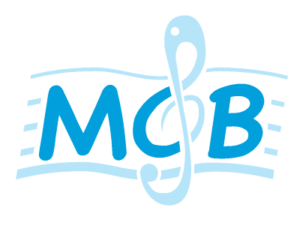